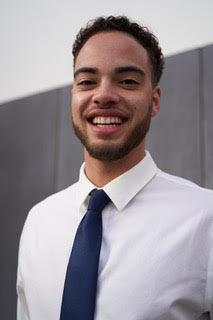 Riley was a Columbia College student with a BA in Ethnicity and Race Studies from Minneapolis, Minnesota. In April 2021, he defended his senior thesis that explores Black/white biraciality in America through music and hip-hop. See Riley’s thesis project on his website.

We asked Riley some questions about how his study of ethnicity and race as a CSER student. See his answers below!

How did you first become involved with CSER?

I had no idea what I wanted to major in at Columbia, I wanted my time here to be a stepping stone in my journey to find myself and understand my racial identity as a biracial Black person in America.

I had no idea CSER existed and found out about the center through a friend’s older sibling—I did not even know you can research about race in a university. The classes and the faculty of CSER also caught my eye. In addition, I loved the idea of an interdisciplinary major that allowed me to take a lot of classes throughout Columbia.

What does the study of ethnicity and race mean to you?

It allows me and other people to study identities pertinent to people in the United States. Ethnicity and race are very much social constructs but are important to people due to the various structures they impose on us. It is had so much weight in my own life and caused me to question my own self and the world around me. In addition to the study’s many intersections, I wanted to learn about the historical and cultural implications of ethnicity and race. 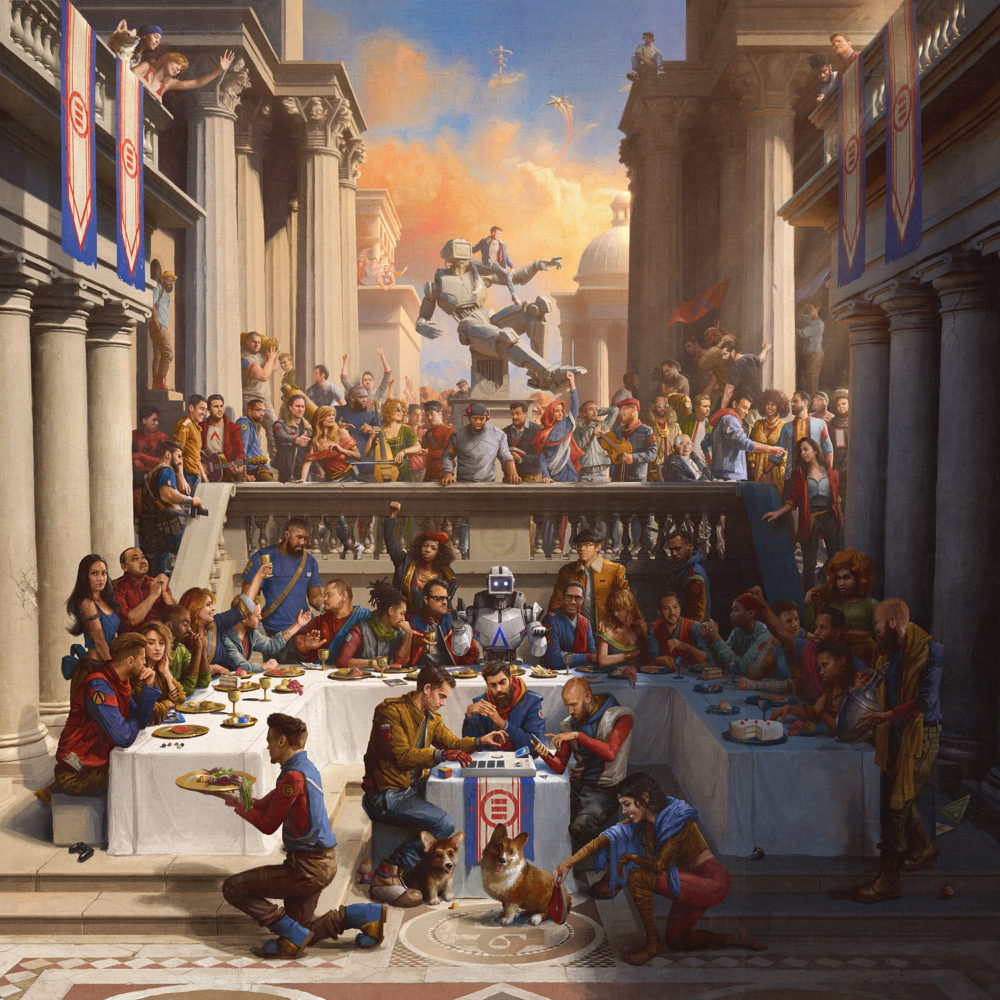 The album cover of American rapper Logic’s third studio album, Everybody. One of the songs off of this album, “AfricAryan”, has been analyzed in-depth by Riley in the second portion of his website.

Why did you choose to focus on music and biracial identities in America for your thesis?

A note about terminology: in my project, I acknowledge that biraciality is assumed. I am not attempting to defend biracial privilege and colorism (bias based on skin color); nor am I attempting to compare the struggle of Black-white biracial persons to the rest of the Black community. Instead, my project is meant to be an exploration of biraciality as a subcategory of Blackness and the identity of conflict faced by biracial persons.

My project is about Black and white biraciality in America as analyzed through music and hip-hop. What initially drew me to the topic was the song, “AfricAryaN” by Logic, in which he writes about his biracial identity as a white-presenting rapper. I began with Logic’s song, building on my analysis of its lyrics by creating a timeline of different biracial musicians in America and how they have expressed and grappled with their racial identity. Instead of a superficial analysis of words, I wanted to give a more in-depth analysis of how Logic’s song pertains to the broader experience of Black/white biraciality in America.

Deborah Paredez advised my thesis. It was tough because the faculty at CSER are stacked! I chose Professor Paredez specifically because she works with the interplay between race and music. I did not create an argument per se, but I explored how the definitions of biraciality in America have gone through its fluctuations.

I published my timeline on a website platform, which allowed me to not limit my thesis to just words. Visually, I wanted viewers to read an analysis of a song lyric like they would on Genius.com. Also, biraciality—and race in general—is such a visually adscripted thing, so using pictures to support commentary on a person’s race proved to be really helpful. A website made it so much more possible to include essential pictures and videos in my analysis. Hearing music is very pertinent to the project. The website lets me use soundbites to incorporate into my analysis. When one wants to describe how someone looks or sounds, I found that it was very hard to do with just words. 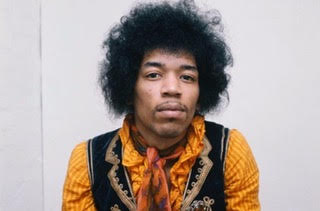 Jimi Hendrix, one of the most influential electric guitarists of all time. His experience as a biracial musician is explored in a timeline on Riley’s website

What has been a highlight of your time with CSER?

CSER became my home at Columbia during my sophomore year when I took “Colonization/Decolonization” with Theodore Hughes. Professor Hughes is my favorite professor at Columbia thus far! The way the class was conducted was so different from the other courses I took at Columbia, where one is usually led by a professor in a lecture. On the first day, Professor Hughes listed all of his invisible and visible identities and said that some of these identities gave him a particular privileged perspective than others for that class. For that reason, he allowed us to build the class ourselves into a Socratic seminar that was extremely tight and bonded. CSER showed me a new way of learning where the professor takes a backseat and allows the class itself to be about our experiences and what is going on around us. It showed me how much I could thrive with CSER.

CSER showed me a new way of learning where the professor takes a backseat and allows the class itself to be about our experiences and what is going on around us. It showed me how much I could thrive with CSER.

Listening to and playing music is a big part of my life. I have two dogs so it is hard to play music, but I am a jazz musician. Also, I am trying to read non-academic books when I can. During the pandemic, I am rereading books I read in middle school, like the Percy Jackson series. I also love getting outside in Minneapolis where there is a lot of nature around me.

Do you maintain any creative or political practices outside of Columbia which resonate with your studies?

Music centers my main activities outside of class. Before COVID, I was in jazz bands inside and outside of campus. I am also part of a club that is about facilitating conversations called ROOTED (Respecting Ourselves and Other Through Empathy and Dialogue). I am a trained peer facilitator and we plan conversations and hold them for various communities around campus. In that role, I use my CSER knowledge and experience to interweave those conversations with what I know about identity and inclusion.

CSER always felt like my home within the larger home of Columbia.

What additional information would you like us to know about your experiences with CSER?

I want to give a huge word of thanks to CSER for being my home at Columbia. My experience at Columbia has not always been seamless, but I know I can always go to Hamilton 420 and there will always be someone I can speak with. CSER always felt like my home within the larger home of Columbia.

View Previous Student Spotlights
CSER continues to be Columbia's main interdisciplinary space for the study of ethnicity and race and their implications for thinking about culture, power, hierarchy, social identities, and political communities. The Center also offers a wide range of public programming, including Artist at the Center, Indigenous Forum, and Latino Public Speaker Series and the Transnational Asian/American Speaker Series. CSER's most recent spaces include the Media and Idea Lab and Gallery at the Center, a space dedicated to curating artistic and thematic exhibits around the Center’s key areas of interest.
Follow Us :
Center for the Study of Ethnicity and Race
420 Hamilton Hall, MC 2880
1130 Amsterdam Avenue
New York, NY 10027