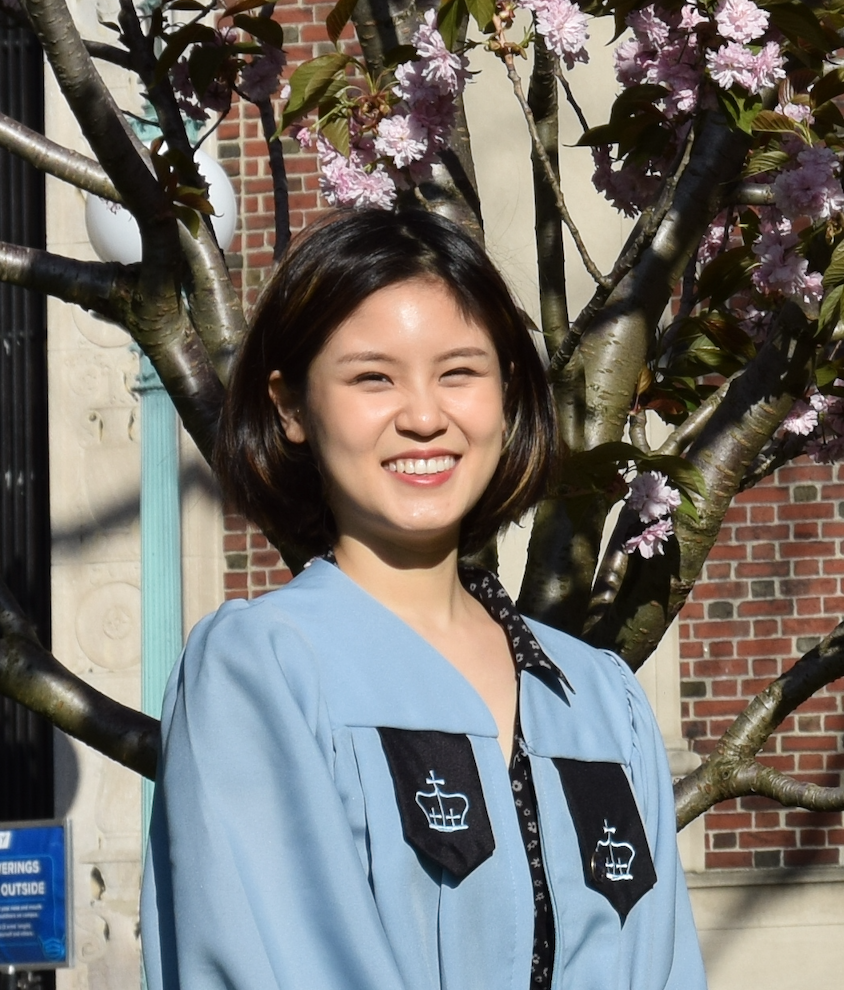 Audrey was a Columbia College student from Seoul, South Korea with a BA in Ethnicity and Race Studies and Visual Arts. In April 2021, she defended her thesis about the 25th Anniversary of the Ethnic Studies Protests at Columbia. The 1966 Hunger Strike and Ethnic Studies Protests played a pivotal role in establishing CSER at Columbia University. See Audrey’s thesis project through an online website and Instagram.

We asked Audrey some questions about how her study of ethnicity and race as a CSER student. See her answers below!

Can you describe how you first became involved with CSER?

I first came to Columbia as a confused undergrad who wrote down that I wanted to major in sociology, but I might as well have put down undecided. I went through the alphabetical list of every course on SSOL, picking the courses I wanted to take my first semester. One of them was “Introduction to Comparative Ethnic Studies,” which I took with Professor Deborah Paredez as a Global Core requirement because I was going through a period of culture shock. I spent the majority of my life in Seoul, South Korea, and felt like an imposter and stranger in American and at Columbia. I felt the pressure of this self-created hostility in my own environment. Stepping into Professor Paredez’s class—which had so many students of color—made me more relaxed. International students like me were more willing to talk about their experiences in such a welcoming matter. This class physically created a safe space that opened me to the possibilities CSER could provide me. I have been taking classes with CSER ever since, and there has not been a class I have been unsatisfied with.

I remember having conversations with so many great students sharing their history, their lives, and activism. I remember being so inspired by their stories.

What does the study of ethnicity and race mean to you?

At first, the study of ethnicity and race was to help me make sense of the confusion and imposter syndrome I felt as an Asian woman and international student thrown into New York City’s foreign environment. I kept asking myself: why do I feel uncomfortable taking up space—having a voice? I felt like a completely different person from who I was back home in Seoul. The study of ethnicity and race was a way for me to make sense, analyze, and inspect the political powers in action that influenced my experiences.

Eventually, my study progressed into making sense of what other racial and ethnic peoples were going through in larger political systems. The 2016 election made me want to expand what I study to not just reinspect my experiences but to also learn what other people are going through.

The study of ethnicity and race was a way for me to make sense, analyze, and inspect the political powers in action that influenced my experiences.

Why did you choose a thesis project about the 1996 Ethnic Studies Protests at Columbia?

Learning about the CSER strike was such a transformative experience! While I was disheartened that the demands for an ethnic studies department have still not been reached, we have gone far in the type of students, faculty, and research CSER has produced. I am so proud of what CSER has done in so little time with so few resources. My thesis gave me a way to give back to the protestors of 1996: Columbia alumni who are currently not here to see the development of a center devoted to race and ethnic studies. My thesis was a way of me showing them and proving to them, “Your efforts were not in vain.”

The interviews I conducted for my thesis ended with me thanking them. In return, they also thanked me. This mutual gratitude made so much sense because they fought for future Columbia students like me.

In an interview with Dr. Marcel Agüeros in the Astronomy Department, who was one of the hunger strikers protesting for an ethnic studies department, he told me that they knew were not going to be the recipients of the type of education they were fighting for. It was for the future generation of Columbia students to get the kind of education that was closer to the truth. It was so moving for me to stand just a Zoom camera away as the recipient of the product of their protest and activism, especially because I found a home with CSER. I was so thankful for the connection that I had with these protestors which developed through CSER.

What has been a highlight of your time with CSER?

I went to Mexico for nine weeks with CSER’s Summer Abroad Program to take the course “Colonization/Decolonization.” I remember meeting such beautiful friends that I still keep in touch with. It was such a highlight because I saw how my studies bled into the community through physical artifacts, art museums, murals used as a method of protest and social commentary, and activists.

Oaxaca had the preservation of wonderful culture and art, which came together to culminate into a colliding experience for me. It allowed me to reimagine what I study outside of the classroom as a double major in Race and Ethnic Studies and Visual Arts. I saw how CSER functioned not only through books and readings but through connections in our present reality. If this activist work and scholarship were happening in Mexico City and Oaxaca under the umbrella of decolonization, then this could happen in New York City in Morningside, and even in my hometown of Seoul.

My thesis gave me a way to give back to the protestors of 1996: Columbia alumni who are currently not here to see the development of CSER. My thesis was a way of me showing them and proving to them, “Your efforts were not in vain.”

I have watched an unnecessary amount of RuPaul’s Drag Race during the pandemic! I also have been doing art at home that is not class-related. When I feel gloomy or bored, I like to draw something or edit a photo with Drag Race in the background!

Do you maintain any creative or political practices outside of Columbia which resonate with your studies?

I create art as social commentary. A lot of my art involves feminist themes. South Korea is a heavily patriarchal society, so I make art in response to my experiences. I also engage with themes of anti-Asian American violence.

Bohee and Mago II are part of a triptych that places female characters from Korean folklore metaphorically and literally onto the modern satellite-vision landscape of the United States. In the ancient stories, the mighty female urinates to create, populate, and fertilize the land and soil. This work inverts the metaphor of the female body as a political battlefield. Instead of being marked and owned, the female body now marks and creates. 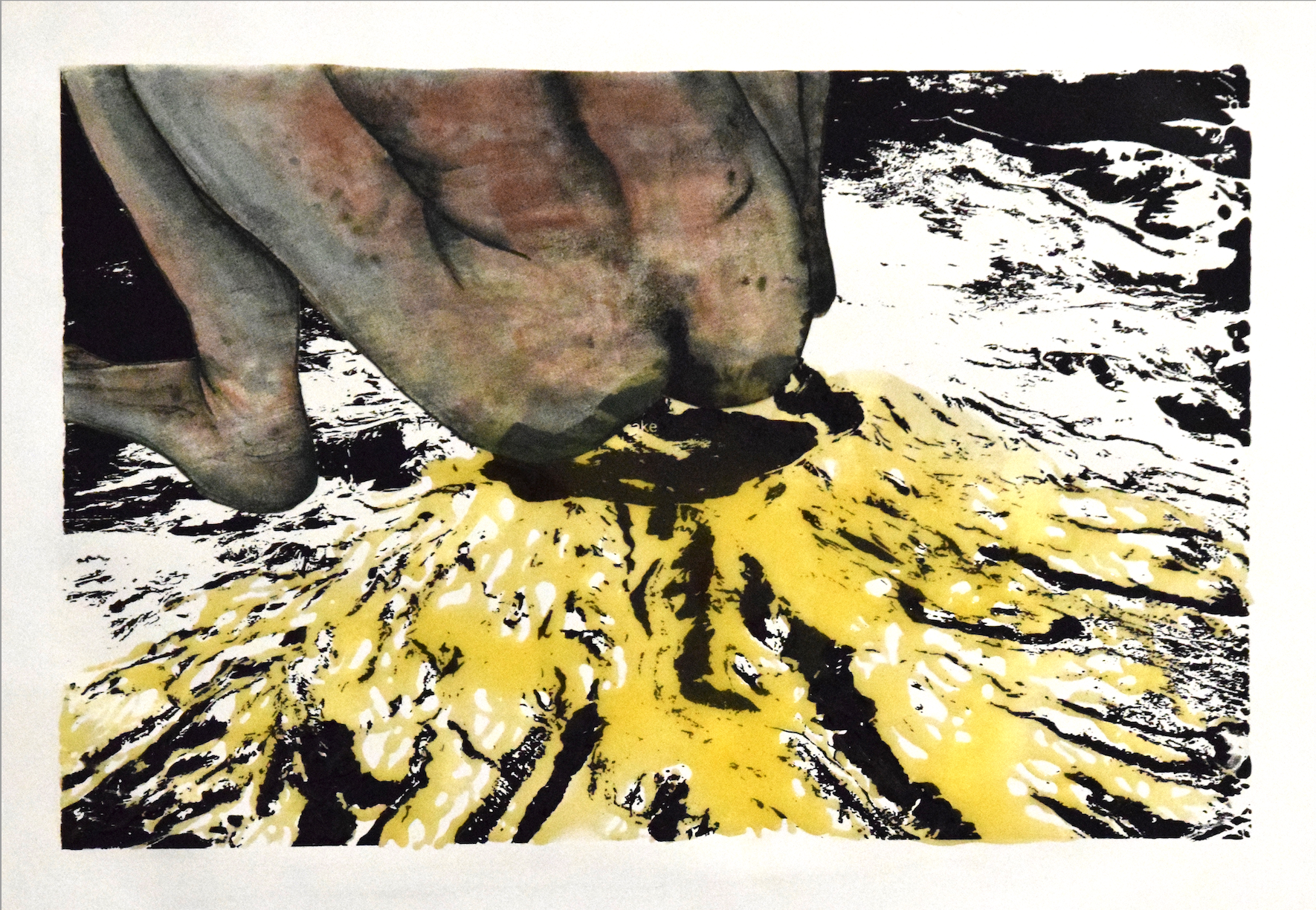 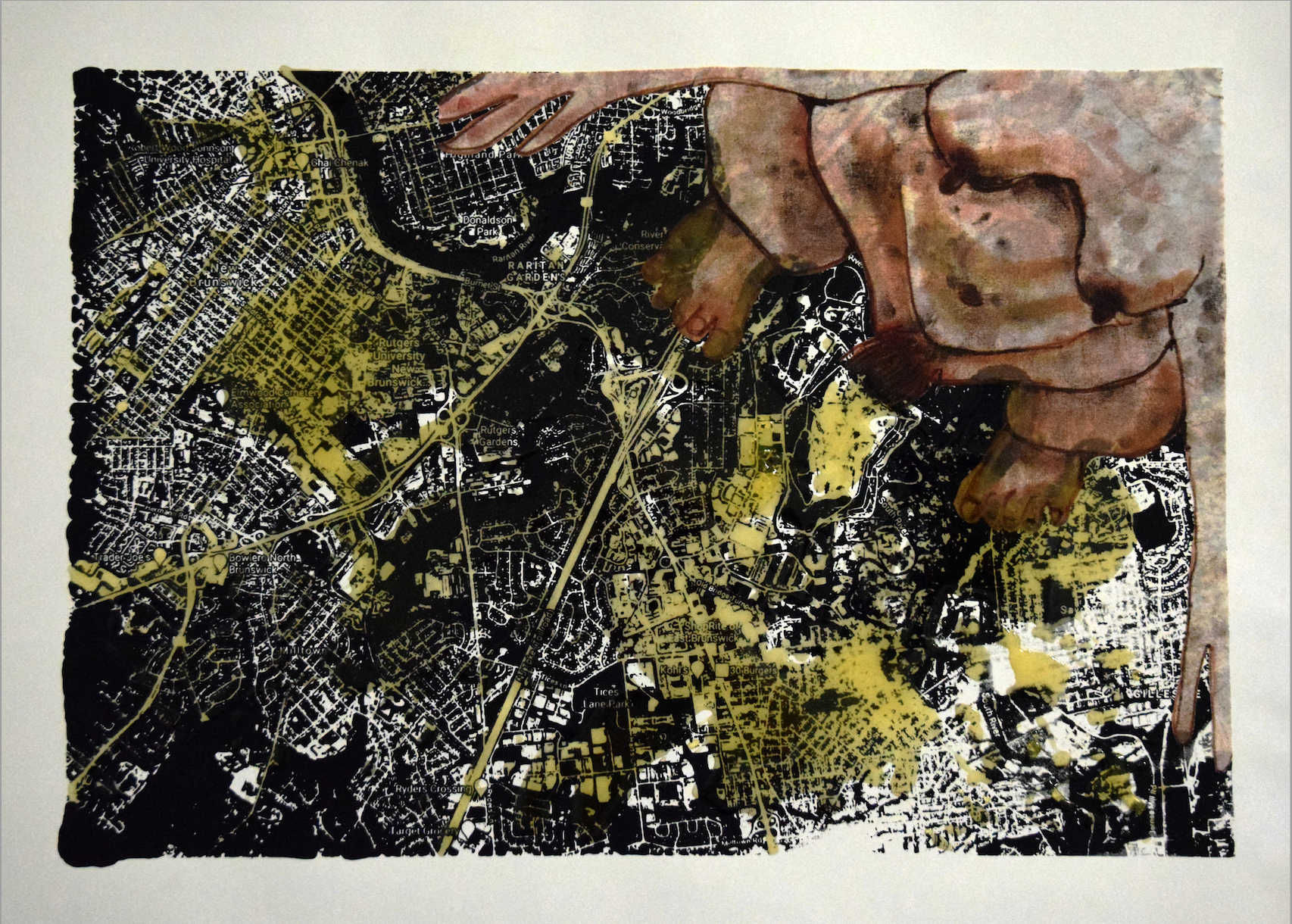 What advice would you give to Columbia College students?

Please take these classes with CSER!

“American Diva” with Deborah Paredez had me consider pursuing a Ph.D. because I want to teach just as well as Professor Paredez! It was about illusions in pop culture, media, performance, politics, and race relations in play. “Cinema Subversion” with Eric Gamalinda did not have many Hollywood films, but each movie we analyzed was so much more eye-opening than anything you see on Netflix! “Colonization/Decolonization” is such a historical revisit of everything that CSER stands for. CSER tries to place the United States and its own history of racism and xenophobia in the context of colonialism and world history.

View Previous Student Spotlights
CSER continues to be Columbia's main interdisciplinary space for the study of ethnicity and race and their implications for thinking about culture, power, hierarchy, social identities, and political communities. The Center also offers a wide range of public programming, including Artist at the Center, Indigenous Forum, and Latino Public Speaker Series and the Transnational Asian/American Speaker Series. CSER's most recent spaces include the Media and Idea Lab and Gallery at the Center, a space dedicated to curating artistic and thematic exhibits around the Center’s key areas of interest.
Follow Us :
Center for the Study of Ethnicity and Race
420 Hamilton Hall, MC 2880
1130 Amsterdam Avenue
New York, NY 10027